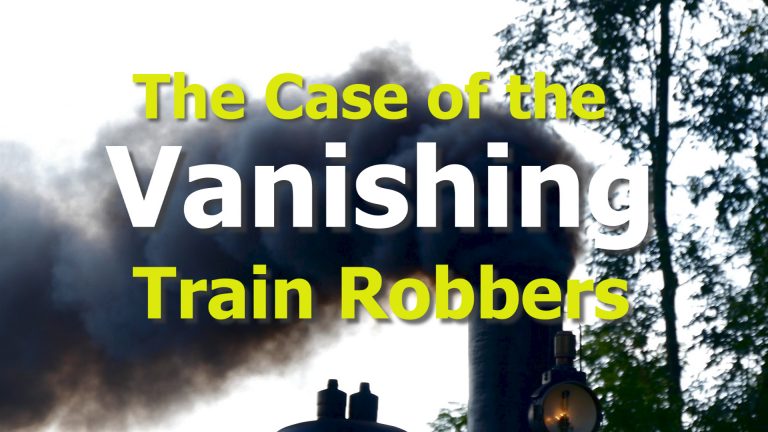 We’ve all watched the old western movies and have seen some “reenactments” of old west train robberies. Well of course, they never quite happened the way they are shown in the movies. Actually, the real stories are much more interesting. Why? You might ask. Because real life is more complex than what can be shown in 4 or 5 minutes of film. So, here are two stories of real, old western, Arizona train robberies as told by Arizona’s official state historian, Marshall Trimble: Vanishing Train Robbers: https://youtu.be/72Gmz9Xv2WE and They went that-a-way: https://youtu.be/vC1wm7onKt8. After viewing these episodes, I strongly discourage you from using these stories as a basis for conducting your own train robbery in Arizona. First, neither robbery worked out so well for the robbers (don’t follow a bad example) and second, in 1889 Arizona passed a law, making train robberies a death penalty crime …… In spite of that law, Arizona has never actually put to death a train robber from a court proceeding – Although these two stories do have many of the robbers dying from security and sheriff gun fights.

So, a natural question is: do train robberies still occur today. Afterall, the trains are bigger, diesel powered and often travel over 60mph – not the slow, small steam engines of the old west. Yes, train robberies are still occurring today. But they take a much different form. Instead of taking the gold from the safe, they steal resalable scrap. Pulling up long strands of copper wire that link the communications boxes together is one common theft. Maybe you have seen long strings of railroad cars parked on a siding out in the middle of nowhere – just sitting there not guarded and way away from civilization. Thieves will bring hydraulic jacks and jack up the cars taking the pressure off of the axils and then knock out the big brass bushings to sell for scrap. And of course, thieves will steal from train cars with goods in them, but those are often done with the help of an inside person in a railyard when security is not looking. For more information on railroad security, check out this article from the FBI: https://leb.fbi.gov/articles/additional-articles/from-the-archives-railroad-crime-old-west-train-robbers-to-modern-day-cargo-thieves While the Pinkerton’s were one of the more famous railroad law enforcement officer companies there were others, often men hired directly by the railroad as employees. These men were usually stationed in the mail cars where the safes and the money were transported. The direct hire security was then backed up by the local sheriff. This was the case in our two episodes linked above. An old cabin in Fairbank, AZ