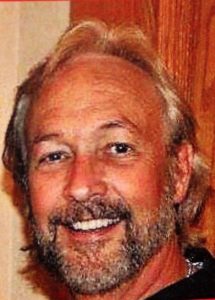 Charlie as I knew him was a man who loved Cowboys, and was influenced by yesterday’s stars of the Silver Screen.  Not any stars, but many of those cowboy stars from his youth, like Gene Autry, Roy Rogers, William Boyd – Hop-Along-Cassidy, The Lone Ranger and Tonto-Clayton Moore and Jay SilverHeels, Cheyenne’s Clint Walker, Alfred La Rue-Lash LaRue who cracked the whip, and who looked to me like a young Humphrey Bogart, Chuck Conner-the Rifleman, Ben Johnson, of many John Wayne movies, John Smith and Robert Fuller of Laramie, father and son Dub & Buck Taylor, early star Red Barry, Clint Eastwood, Steve McQueen, Charles Bronson, Rex Allen and partner Slim Pickens, Michael Dante and Audie Murphey local movie stars, Richard Boone –Have Gun Will Travel, and Director John Ford who made several westerns with John Wayne, Harry Carey Jr., Johnny Western and many more of those silver screen starts of yesteryear. They were some of Hollywood’s real Western legends. These Western stars represented to many people what was the “Code of the West-such as Your Word was your Bond, a Handshake was a sealed contract, a Man’s Property was sacred, the Virtues of Women were always to be respected, and True Friendship was a value to live by.  Charlie revered those virtues and I believe that he tried to live by that Code!

Charlie was a true friend to the Cowboy stars. Charlie spent a lot of time around those silver screen heroes, at Western Festivals.  He interviewed many of them and wrote about them in several of his books, such as this title to one of his books, aptly named “The Legends Live On and Where have the Westerns Gone!”  He has interviewed many actors and actresses in the motion picture industry. When it comes to the cowboy western movies Charlie tried to keep their memories alive by talking about them at historical events, researching and writing books about them and just plain talking about them.  I think Charlie just liked to be around those ole Cowboys!

Charlie LeSueur really had a love for the old westerns. He has been truly the old cowboy’s friend. Just talking with him at a festival and you will soon know that he has a historical perspective of that genre. Through the years, Charlie American Cowboy as Charlie did. Charlie was one of those men who was an avid researcher

His friendly enthusiasm was catchy and put me right at ease. We talked for a long time about the Superstition Mountains and its Lore and Legends and the Lost Dutchman Mine.

He seemed really interested to hear my tales of Silver King and several other Mysterious Stories of the Superstition Mountains; like Leo the Lion, Senner’s Gold, the Apache Kid’s Cave, and Herman Petrasch and the Two Spanish Mines and many others.  We also talked about any photos on the subjects and whether or not I had been to the sites of the stories and had any back-up research matter.

I will miss him. Charlie was the real deal.  What you saw was what you got so to speak. He was jovial, fun to laugh with, but yet sincere.  Rest in peace Charlie as you ride with the stars and Western heroes of yesteryear.